...as I mentioned in my previous post, there are two group shows in February in which I'll have some original goodness to view & purchase & they both open this week.  Yippee! (well...that is if the weather doesn't continue to dump milllions of tons of snow in these cities this week)...
Opening @ 6pm this Thursday, Feb. 3rd in Boston at The Hallway Gallery will be 'The heArt Show'.   There will be around 20 artists splattering their feelings/views/experiences of love with their mediums of choice all over The Hallway walls.  I conjured up 3(well...4 really) paintings for the exhibit which I'm sure will be a little out of place amongst the portraits of people kissing, holding hands & the pieces trying to be serious portraying their love stories.  More the better I say.  Check em out...: 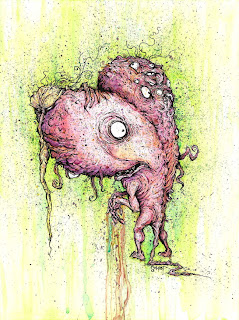 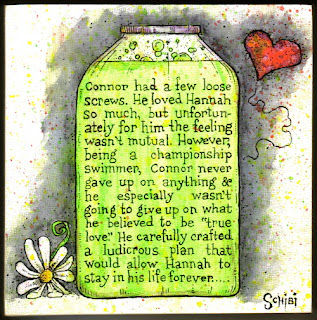 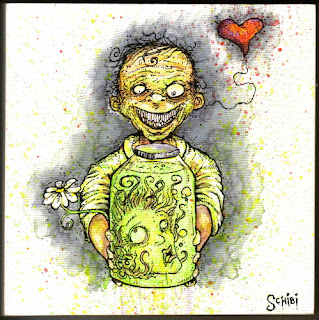 ...if you fancy any of these please email Brent at The Hallway & claim em!  The exhibition will run through the entire month of February, so if you're in the Boston area, go check out some cool art!  I also made a few prints of the first two that are available at my shop....you can request the other as well.  Nothing beats the originals however....kind of like potato chips.

Then @ 6pm this Saturday, Feb. 5th, the cats at OhNo!Doom Gallery in Chicago will also be throwing an opening shindig of their own.  "Out O' the Woodwork" is an open theme group show with some talented mofos creating some amazing stuff.  Here's more info with a list of the masterminds: 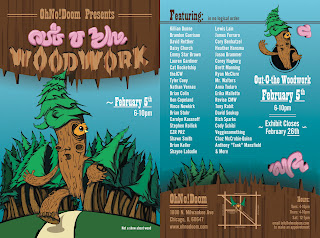 Since it was an open theme show, I wanted to have my two pieces show my style of line detail & watercolor(even though I'm definitely still learning this "painting" thing as I go & finding my groove...I only truly started painting late last year) but also wanted my pieces to be connected in some way.  I always sketch out these kids surrounded by demons & since I had a ton of reference drawings in my sketchbooks, I just went with that... 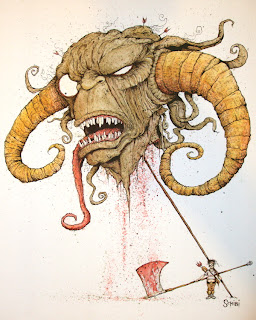 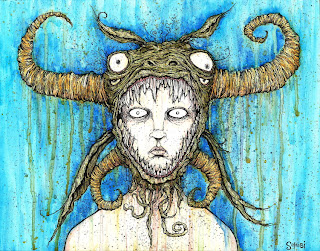 Again...if you have interest in purchasing these paintings, email the folks at OhNo!Doom Gallery & let them know.  If you're in the Chicago area, please go to this exhibit & show support to artist like me & the bad ass galleries that put together these events.

It was a busy January & I'm trying to keep the momentum going.  I'm already signed up to have two pieces in the April show in Detroit 'Meth & Hot Dogs II'.  Check out this bonkers list of participating artist...it's gonna be quite an awesome show for sure! I'm also still working on my personal art to have more prints & what not available sooner rather than later.  The Staple! Expo is in March here in Austin which I'm excited about.  I didn't sign up for a table since I wanted to get my poo more in order, so I'll definitely be networking & gathering ideas for next year.

And on a completely unrelated, final note...today is the release of Adam Green's horror film Hatchet II on DVD/Bluray.  I'm a monstrous fan of the first Hatchet film & horror in general & when the sequel came out in selected theaters (VERY selected) back in October, I was pumped.  There was a giant hoopla & great controversy surrounding the film since it had an unrated rating.  AMC stepped up to release it, but after the first weekend it was pulled with many questions being asked from the fans.  This was quite a story that reached CNN & other major headline news which you can read all about on director/writer Adam Green's Blog.  Anyhoo...I was one of the few, extremely lucky people to witness this film on the big screen & what a damn fun flick this is.  Starting off directly from the final shot of the first Hatchet this gory goodness gives you exactly what you expect: buckets of blood, unbelievable death scenes & slapstick laughs.  After seeing the film almost 4 months ago, I had to sketch out our hero, Victor Crowley, after committing one of the most twisted killings in the film.  Take a look & yeah...I should've added more blood, i know: 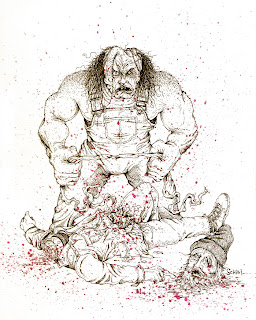 So even though it now carries a rated 'R' rating on it's DVD/Bluray release today, go out & buy 'Hatchet 2' to support independent, unrated horror.  Hell...go buy both of these films.  I did! 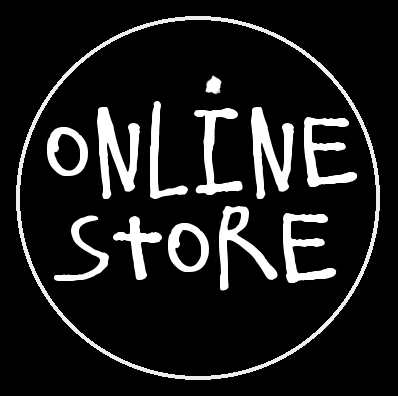 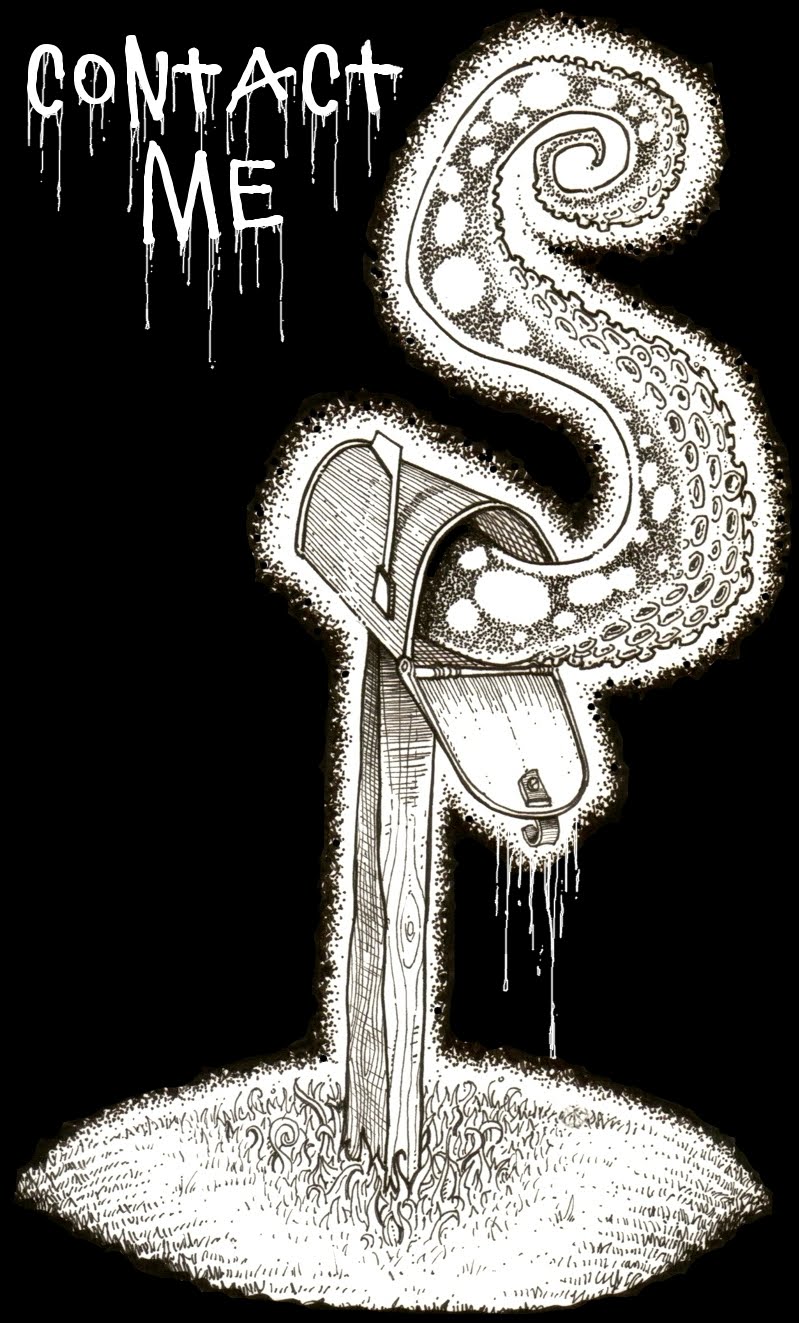